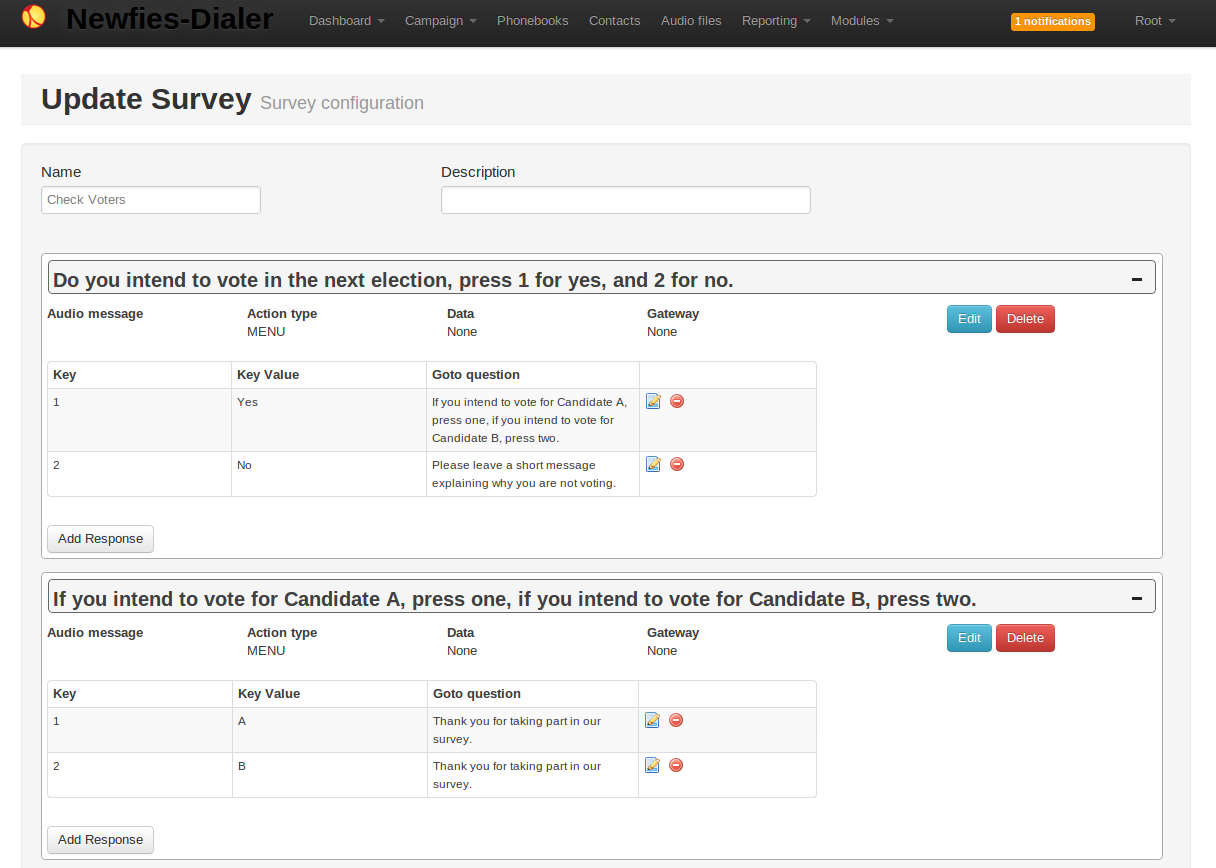 Newfies-Dialer version 1.5 has been released with new features including Survey Branching and Voice Recording.

Survey branching allows different questions to be asked based on the answer of the previous question. For example, asking the question. “Do you intend to vote in the next election, for yes, press 1, for no, press 2” Pressing 1 leads into questions asking which candidate they support, whereas pressing 2 could lead into a voice recording saying, “please leave a short explanation as to why you won’t be voting”. We have released a short video demonstrating the feature at http://www.newfies-dialer.org/video-survey-branching/

Newfies-Dialer is designed for telecoms companies that wish to provide telephone auto-dialling and SMS broadcasting facilities to their customers, as well as organisations and businesses that want to broadcast marketing, emergency and informational messages to their contacts.

Newfies-Dialer can easily be installed using our automated install scripts, or for commercial installations, training, deployment support and software development, please contact us.

*Update: Note that the SMS module is now included as standard with Newfies-Dialer.